Since the DW 50th anniversary episode is fast approaching (and I'm trying to avoid doing my uni assignments or, god forbid, studying for my exams), it's time for a massive Doctor Who spam. Excessive fangirling ahead. Additionally, do not expect this post to make sense or be in any chronological or even in a logical order. This is stream of thoughts, all bunched up in one post, because it's The Doctor! 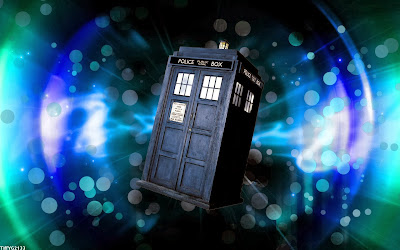 
First I must admit that I have not watched Classic Who, only the series starting from 2005. I could come up with a myriad of reasons for this, but the first and foremost is that I am super picky about my scifi, and especially the special effects. The special effects were bad even at the beginning of the 2005 series, so it makes me shudder even to think about what they were back in '63... I have seen selected clips and gifs of the classic series, and I have not been able to watch them. Maybe that makes me a bad fan, but whatever. I dance to my own tunes. Kind of like the Doctor.


So. Let's start off with a picture of my two favorite Doctors. 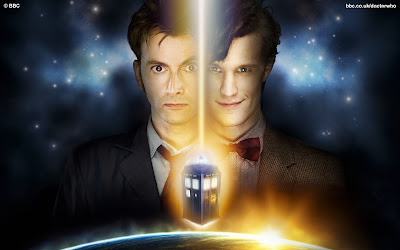 Granted, I have only experienced three Doctors, but still. David Tennant will always be my Doctor. And Matt Smith is right behind him, but of course I cannot forget Christopher Eccleston. They say you never forget your first Doctor. 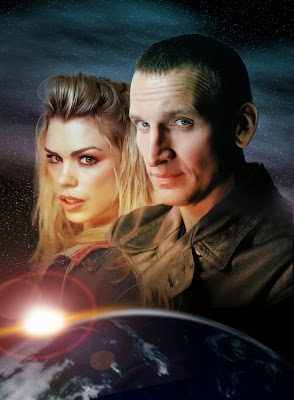 Also pictured: one of my favorite companions, Rose Tyler.


The 9th Doctor was in the series for such a short time, I couldn't really grasp him at all before he regenerated. I remember being skeptical about the series in the beginning, and it took me a few episodes to warm up at all. But then I grew to like the 9th Doctor, and one of my favorite episodes throughout the series up to this day is The Empty Child / The Doctor Dances. Creeeeeeeepy as hell, but such a great double episode. Fan-tastic, one could say. 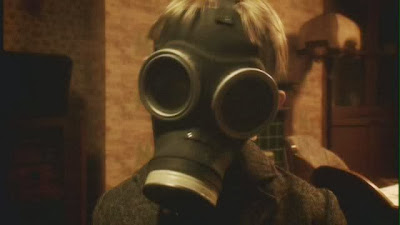 
So, by the end of the first series I was all in, and when the regeneration happened I was really pissed off at David Tennant for taking away the Doctor I had grown to adore. 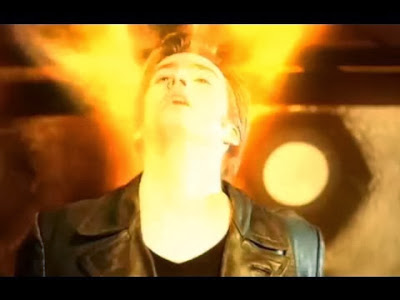 Who are you and what are you doing in my Doctor's leather jacket?
(Heh heh, who are you? Doctor puns FTW!)


Well, as we all know, this resentment was short-lived, because soon I noticed that I liked this new regeneration of the Doctor. Really, really liked it.


So yeah, I fell for the 10th Doctor pretty hard, and he's still my favorite Doctor. Allons-y!


So, then came Matt Smith. At first I thought he was annoying, a full-on class clown so to speak, but he grew on me. He didn't smash into my consciousness like David Tennant had done, but he sort of crept in gradually and made himself comfortable. It took me a while to see the other sides to this new regeneration, the darker shades and the sadness and loneliness he carried with him. I grew to like him, eventually, but he was never my Doctor in the sense that David Tennant had been.

This. This is the Matt Smith that I love.
The sort-of sad, little bit lonely, all-wise and yet so prone to make mistakes.
I like this Matt much more than the goofy-clowny one.

But yeah, bow ties are cool.


Jumping onto the subject of companions and other characters in the series. Everyone tends to have their favorites, and I'm no different.

My favorite companions (not meaning just the females that have traveled with the Doctor, but all recurring cast) are Rose Tyler, Donna Noble, Jack Harkness and Rory Williams. Others that I sort of liked were Martha Jones and to an extent Amy Pond (I don't know what it is that irks me about her, but I like her husband a lot better). I haven't yet formed an opinion about Clara, because she's such a recent addition, but so far I kind of like her, in a cautious manner.

There is something magical about her, even though they took most of the mystery out of her when they told us why she has been dying and still living over and over again... I think they should have kept that a while longer, because it made her so much more interesting.

Martha was kind of meh, she was so obviously hopelessly in love with the Doctor it wasn't even funny.


However, she wasn't annoying with her ~feelings, just a bit pathetic. She didn't irk me like Amy Pond for some reason did. Amy was... she was okay in the beginning, and I didn't hate watching her in the series, but afterwards, when they wrote her and Rory out, I remember thinking, "They should have done that sooner."


No, really, the only thing about Amy that I didn't find annoying in the end was the fact that she was with Rory and didn't pine over the Doctor (much).

I liked Rory a lot better. I mean, in the beginning he was kind of a wuss, but then the character developed and turned into something quite else than I had expected. The Last Centurion. The man who waited. I just... I can't even... oh, Rory.

Ooooh, I loved this scene.

Also, Rory shoving Hitler in the cupboard will never not be funny. :D

Also, have you watched Torchwood? You should totally watch Torchwood. So much Jack Harkness that one's ovaries are in danger of exploding. (And Ianto/Jack, just saying...)

Onwards, then! Out of the longer-term companions, Donna Noble ranks quite high on my list. That girl had sass like no other!

I sometimes greet my husband the same way... :P


The way Donna left the series was really sad, too... to have experienced all those adventures, and then not be able to remember any of it ever again. Poor Donna Noble.


I have liked other companions, but I think my favorite is Rose. I don't know why, maybe it was because she was the first companion for me, but in my opinion she and the Doctor (especially the 10th Doctor) had such an amazing chemistry between them. And not just the lovey-dovey stuff, either. It's just... they fit together.

They made each other laugh.

She also had this sort of... uppity attitude that I liked about her.

Okay fine, I did like the lovey-dovey stuff too!

...and I cried like a baby when this happened...

...and then cried again, out of happiness, when this happened.


So, I have talked about companions and favorites and all, but there is still one recurring character I adore above all others... and that is...


Seriously, how awesome is this woman!? I'll tell you. Really fucking awesome.

Everything about her is awesome. She has that hair which is an unruly mess of curls and almost makes me want to curl mine (almost, but not quite, because I know I couldn't rock the hairdo like she does). 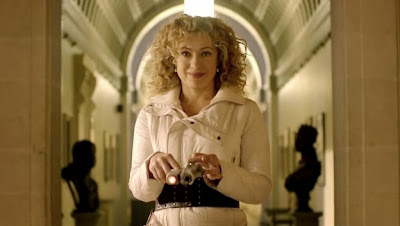 
And those two amazingly... amazing catchphrases. 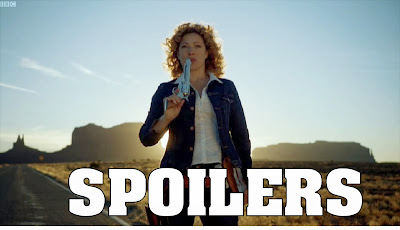 So. Freaking. Awesome. And a total badass archeologist.

Boom! goes the Silence, and River's like "oh, no biggie!"

I totally get where the Doctor's coming from. Hell, I'd marry this woman if I wasn't already married.

Also, this episode? It was kind of "meh" when I first watched it... but now that I know all about River Song and what they've been through... OW MY FEELS.


And the villains in the series! They deserve some loving too. I mean, they are so cleverly done, at least some of them... just amazingly original and detailed.

To decrease the massiveness of this post, I'll limit myself to three favorite villains (in no particular order).

The Daleks are so full of hate it's pretty damn awesome.

EXPLAIN OR YOU WILL BE EXTERMINATED!

The Silence is just creepy... I mean, something that you forget right after you turn your back? Creepy.

The stuff of nightmares.

And the Weeping Angels? Such genius to even come up with that kind of bad guys! Another of my all-time favorite episodes is Blink.


Anyways, I am so damn excited about the 50th anniversary episode! I mean, two of my favorite Doctors and Rose Tyler in the same episode! All that's missing is River Song, and that episode would be perfect! Eh, what the hell, it will be perfect anyway! I am using way too many exclamation points here!

The 10th Doctor agrees with me though: IT WILL BE EPIC! OH YES!


No, but seriously, we get to enjoy these kinds of wonderful expressions once more:

Aaaaaand this face once more:

Perhaps even hear this being said one last time?


...not to mention these two catchphrases: