Zombies and pin up girls

On Saturday, they arranged the annual Zombie Walk in Turku, although I'm not sure if it would be considered as "annual" as this was the first one of its kind here in Turku. They've held Zombie Walks before in Helsinki and Tampere, but for Turku this was the first. But anyway, since it'll (hopefully!) happen again next year, "annual" can perhaps be considered an acceptable term for the event.

There were almost 400 people attending, which made for quite an impressive crowd of undead corpses - walking, limping, crawling, twitching and drooling all over the city center. Such beauty! 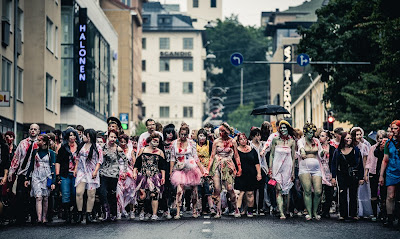 Photo from here, by Petri Vilén


It was raining throughout the entire 1.2 miles of slow walking/stumbling/limping, so the route we walked must have been covered with fake blood by the time we were done. All in all it was a whole lot of blood-dripping and blood vomit (yes, some people were spitting out fake blood like whoa). 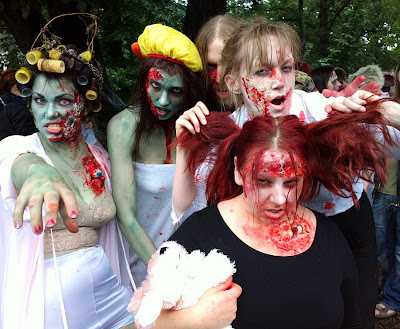 All prettied up and ready to go with Miss Ruki Ver, Siperianhusky, Shepherd and Stormiina.


It was really fun to zombie your way through the city. We probably managed to piss off a few unaware drivers who got held up in traffic because we had a permission to stop traffic on some streets and laze on slooooooowly. Or maybe they just enjoyed the distraction? Some people were definitely laughing in their cars and taking pictures. Zombies are cool! (Kind of like bow ties, but more about that later...) 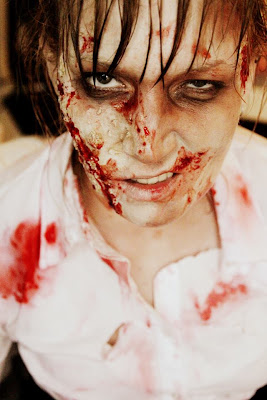 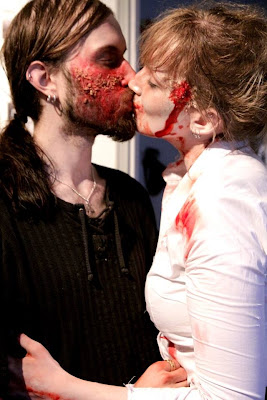 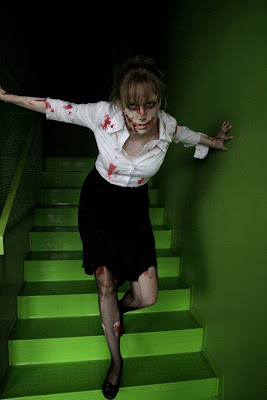 Then the next day, I was invited to a pin up photography session by the lovely Miss Ruki Ver. We went to the airport and made some awesome "Girls and Aircraft" magic happen with MRV and her amazing sister Siperianhusky. 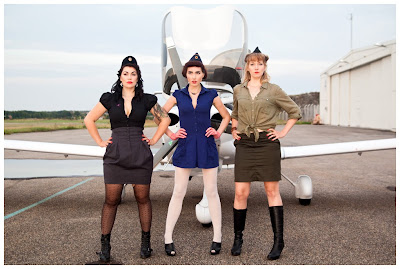 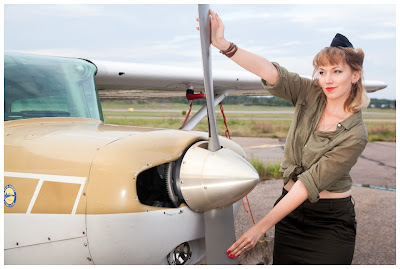 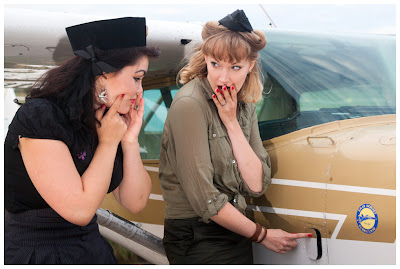 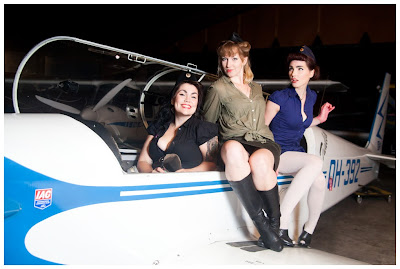 
The following pictures are by Miss Ruki Ver: 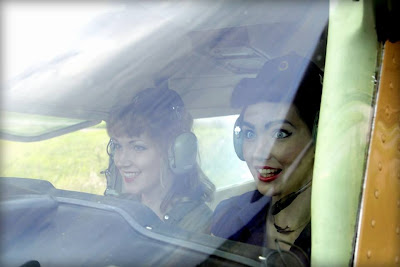 "Hmmm... How does this thing function again?" 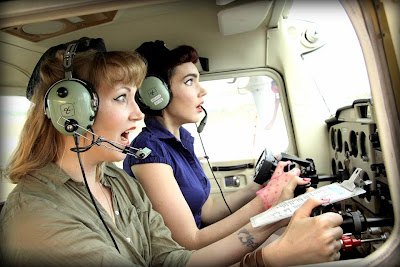 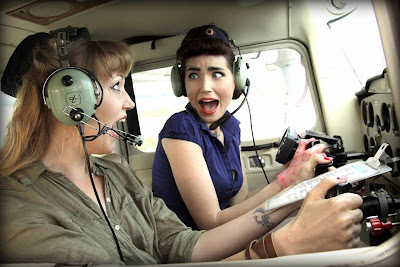 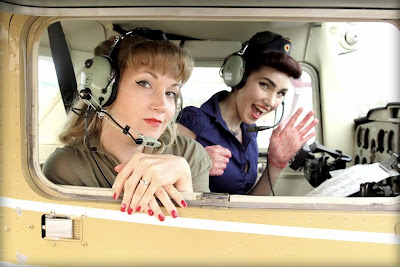 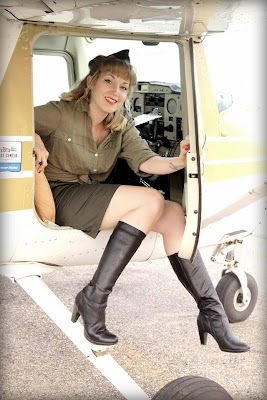 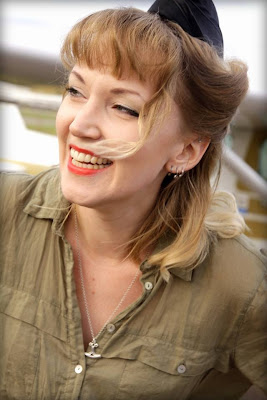 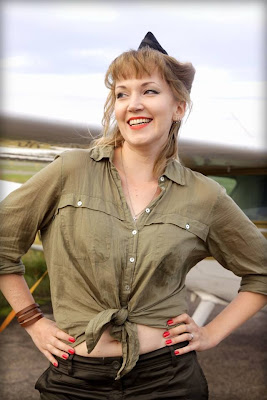 
And as a cherry on top of a wonderful day, we were invited to a small spin up in the sky in one of the planes! So, amazing photographs and a trip above my beloved city... what could be more perfect? 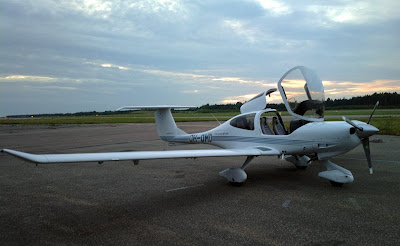 I am afraid of heights but I love flying - is that somehow twisted? Like, I can't stand near the edge of a cliff if the drop is more than ten feet, but I can happily stick myself into a box of metal with wings on it and fly up into the sky, no problem. Our pilot (and photographer of some of the pin up pictures above) said it's quite normal, though, as humans sort of lose their sense of height when they reach a certain altitude - and it doesn't take more than a few seconds for a plane of any size to reach that altitude. So I don't know, maybe for a second there I was terrified, but then we were up, and I sort of forgot that I'm afraid of heights and just enjoyed the views.

It felt weird seeing the apartment building where me and Shepherd live... the building is 12 stories high but it looked like a dollhouse down below. An almost round tower dollhouse. Or something. 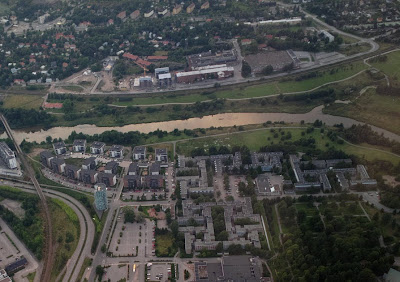 Pictured: round dollhouse and the Student Village


We circled the city center a couple of times, and the marketplace looked no bigger than a postage stamp. Such an exhilarating feeling, to look at your daily world from such a different perspective. 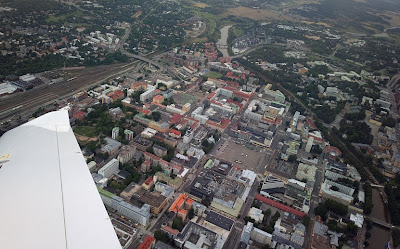 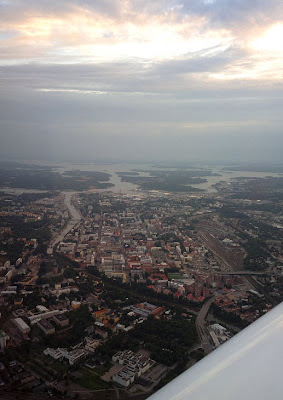 
So altogether, such a wonderful weekend! Thank you MRV, SH, Stormiina and Shepherd! Special thanks to Eerik for some amazing photos and a trip up to the skies. 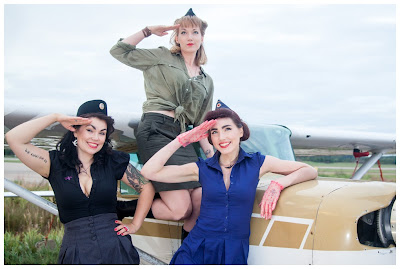