Heya,
I've still been busy-busy-busy, but I did manage to finally make the Marvel/Avengers themed dress. I'd had the pieces cut out for... what, a month? But only now I had the time to sew the dress together and add a nice picture... It's partially stencil, partially free-hand drawn pattern. This is my first time free-handing something on fabric, so it's a bit of a practice piece, but I think it turned out okay.

I didn't take pictures of the dress-making process, because it's pretty much the same as before. Cut out pieces, make a lining, sew everything together... This time I added sleeves inspired by this dress. 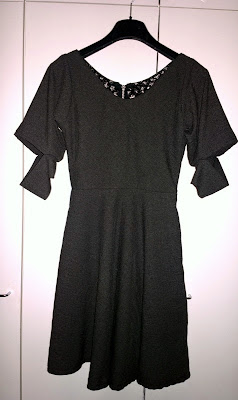 
I then drew my stencil: 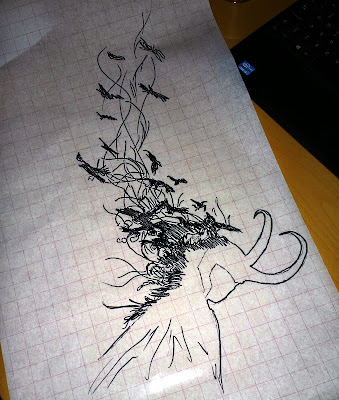 The stencil was more than a bit inspired by this neat piece of art. The swirly bits are pretty much straight from it. I chose a silhouette of Loki with a slightly different angle of the head, though.

I cut out the head and the birds, but not the swirls, because that would have been a pain. Then I attached the stencil onto the dress and painted over in green. Of course in green. It's Loki.

Once I'd painted over the stencil, I pulled the self-adhesive off and let the paint dry a bit. Then I took a small paintbrush and drew the swirls as I best could. I added a few birds, too. 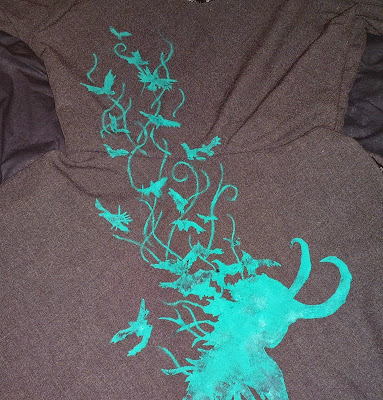 (This photo doesn't show the color right. The green is darker and not at all as turqoise as it looks here.) (This is a better representation of the color!)


I'm pretty happy with how this turned out. It's sort of subtle but then again screaming fandom. Just the way I like it.

PS. If you have wishes/suggestions as to what I should do next, please comment! :)
Posted by scoundrel at 3:40 PM 8 comments:

Hey everyone,
Sorry I've been absent, it's just gotten crazy with studying and such.

I haven't forgotten my blog or my sewing projects, but I simply haven't had time to do anything besides study.

...okay, now that's a lie. I have done other things, but mostly I really have done university stuff. Essays, group projects, exams, presentations... they all just keep on coming.

Two other things have happened besides studying:

1) I saw Gerard Way live! Which was awesome. 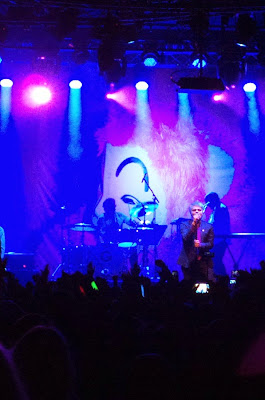 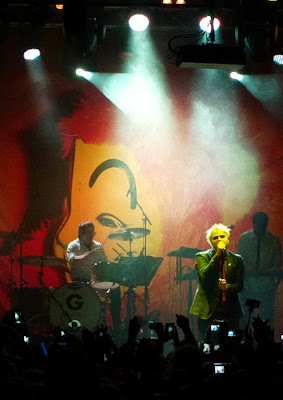 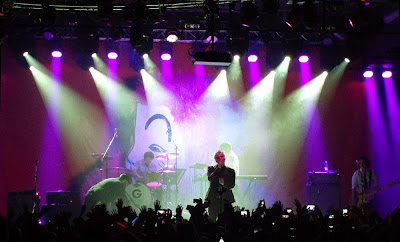 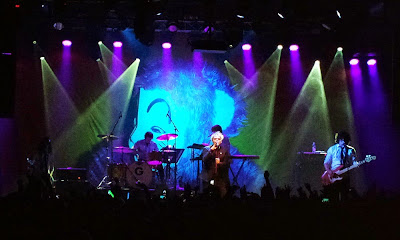 The show was amazing, and I'm not even that bummed that we froze our asses off and still didn't get autographs. I just hope he comes back to Finland soon!


2) My husband and I celebrated the 5-year-anniversary of our relationship. Whoa. It's really been 5 years?!

Then we went to see Jupiter Ascending, which was kind of weird and nonsensical but visually/musically very pretty. And, you know, Channing Tatum shirtless isn't a huge minus either (I couldn't find any pics of his shirtless scenes in this particular movie, though. Something is clearly wrong with the Universe).

After the movie we went and ate at a restaurant. 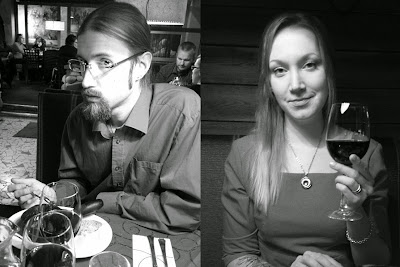 
The next day, we went to an escape the room game in real life. You know, those games where you wake up locked in a room and have to find clues and solve puzzles to get out. Well, this is just like that, except it's a real room! It was so awesome! I think we have to make an excursion to Tampere or Helsinki next, because they both have their own IRL escape games ^_^


So, I'm currently working on a Marvel themed dress. I have most of the pieces cut out and ready to sew and a print design in my head, but I haven't had time to finish the dress just yet. But once I do, I hope it's as awesome as it is in my imagination :D

Posted by scoundrel at 2:20 PM No comments:

Labels: fangirling, me myself and i, uni life

Hey
So here's another refashion of an existing dress. Like with the Totoro dress, I made a silhouette, but this time I had to make slight modifications to the dress first.

I bought this red dress off of Goodwill for 6€. It was expensive (yeah, 6€ is expensive to me!) because apparently it's by some Finnish designer I'd never heard of. Anyways. I think the dress was originally meant to be maxi length or at least ankle-length. What with me being a giant, it fell at that awkward length that's not quite midi and not quite maxi either. You know, the length that looks awful on anyone and everyone. 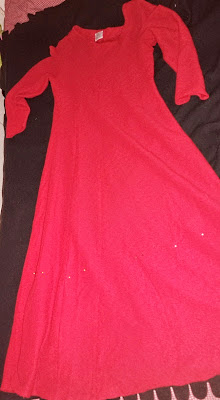 Awful length, but otherwise a nice dress.
(My camera doesn't seem to get the shade of red correct, it's a really nice red!)


So I marked the hem at my knee and cut off the excess fabric... 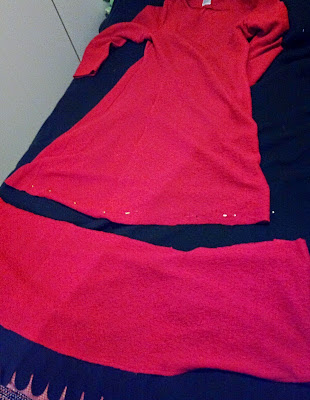 ...and snipped off the sleeves a bit as well: 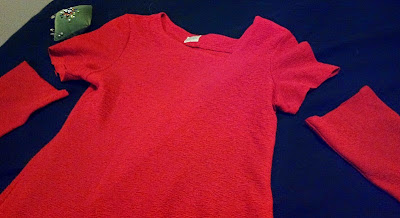 Then I hemmed the sleeves and the now-shorter dress hem and set out to create my stencil. I placed a piece of self-adhesive book cover on the dress and roughly measured the size of my stencil.

I found a Targaryen sigil stencil over at Free Stencil Gallery and simply flipped it over, because the neck of the dress is asymmetrical and I wanted the picture on the right shoulder, as opposed to the left.

I drew the stencil and cut it out. 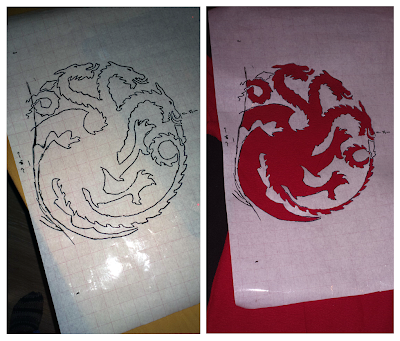 I then proceeded to attach and paint over the stencil, and voilà! 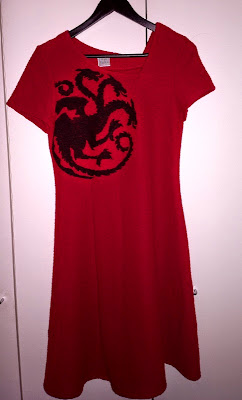 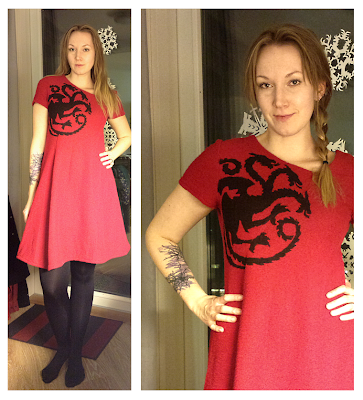 Yesterday I was slightly tired/hungover from a game night at Stormiina's place... 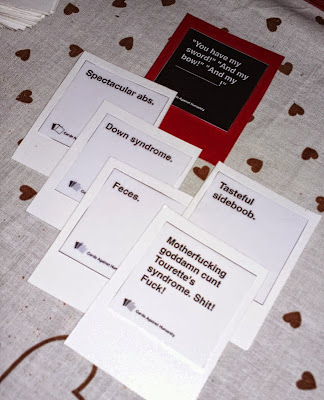 Cards Against Humanity was involved, of course.


...so to get my mind off of the tiredness and slight nausea, I set out to try a tutorial I'd found ages ago online. I'd always put off trying it because it seemed so difficult, but when I actually tried it, it wasn't at all as bad as I'd imagined.

It's the Pinwheel skirt by the Elle Apparel blogger Leanne Barlow.

I had this print tablecloth in black, white and gray, and I think measuring if I had enough fabric was the most difficult part of this project. Once I was convinced there was enough fabric, I simply cut out the pieces and sewed the skirt with the instructions on Elle Apparel. Then I still had enough fabric to make a top piece, so I turned the skirt into a dress. 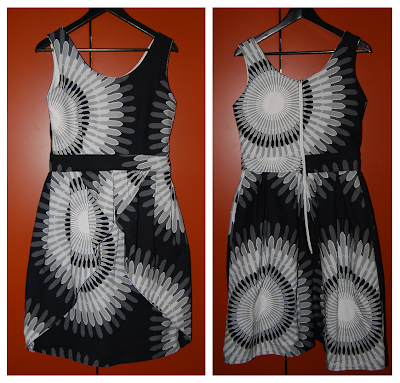 The front detail with the pleats wasn't at all difficult to make, and aside from that it's pretty much just a normal dress. 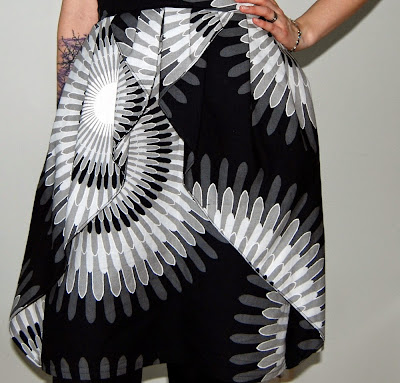 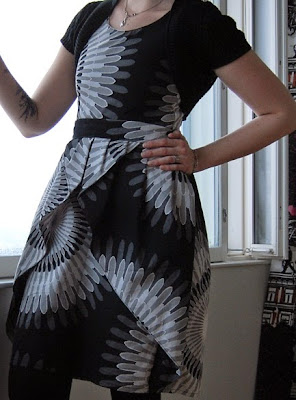 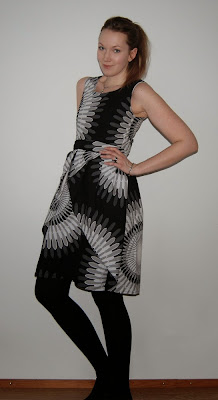 So, what do you think of my tablecloth-turned-into-dress? :)


Posted by scoundrel at 5:21 PM No comments: