Tutorial: an easy bolero/shrug in half an hour! 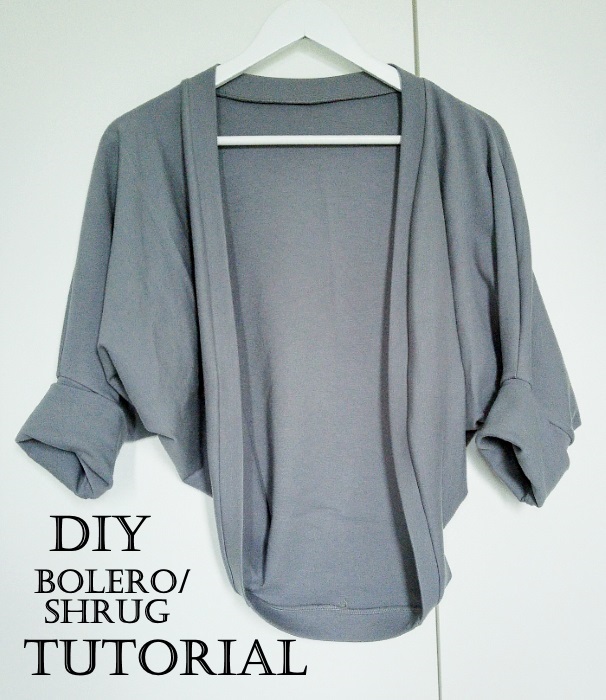 Hey all,
So I found this shrug jacket on One Avian Daemon's blog. I decided to try and see if I could make my own version from jersey knit. Mine is slightly different than One Avian Daemon's, but I'm borrowing the idea from her blog. :)

I wanted the sleeves and the edge to have a different kind of finish, so I made them the same way ribbed jersey is usually sewn onto the sleeves and hems of hoodies and such.

Here's what I did: 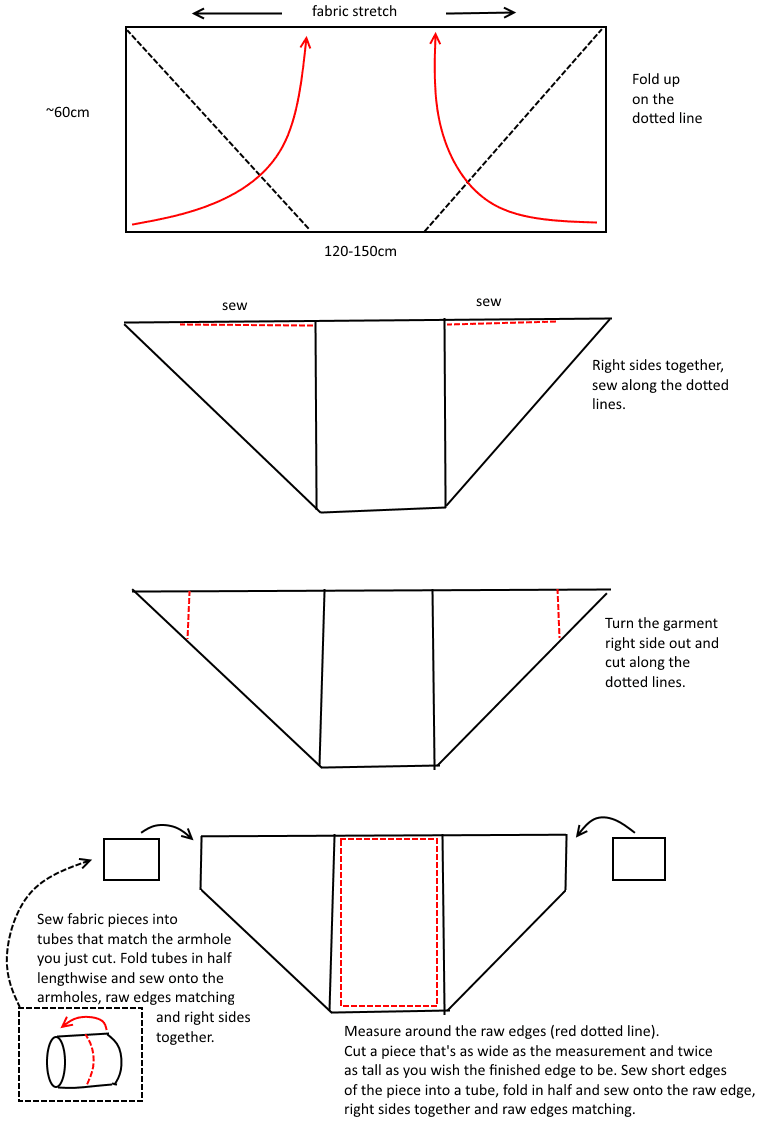 This was such a fast project, it really took me like half an hour with a serger. And this is how it looks worn: 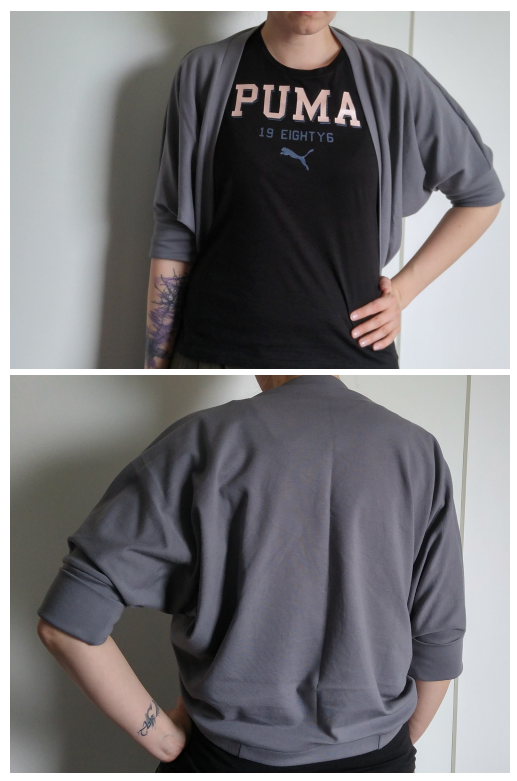 
So, what do you think of the bolero/shrug tutorial? If you have any questions, don't hesitate to ask, and if you decide to make one for yourself, please link a picture so I can admire your creations! ^_^

Quick update: BA thesis done and I went to NYC!

Hey everyone,
So I realized it's been over a month since I last updated. :o

Well, in my defense, I had to finish my BA thesis, then I spent a week in New York City, and after that I've been down with a mystery illness (which is a mystery still, hoping to get it solved sometime soon...) So, I thought I'd pop in for a quick update to let you guys know I'm still alive and kicking, although I haven't been able to do any sewing due to my illness.

But in any case, here are some pics from NYC. I attempted to have my travel clothing made by me as much as possible, so I rocked some of my DIY outfits in the City. 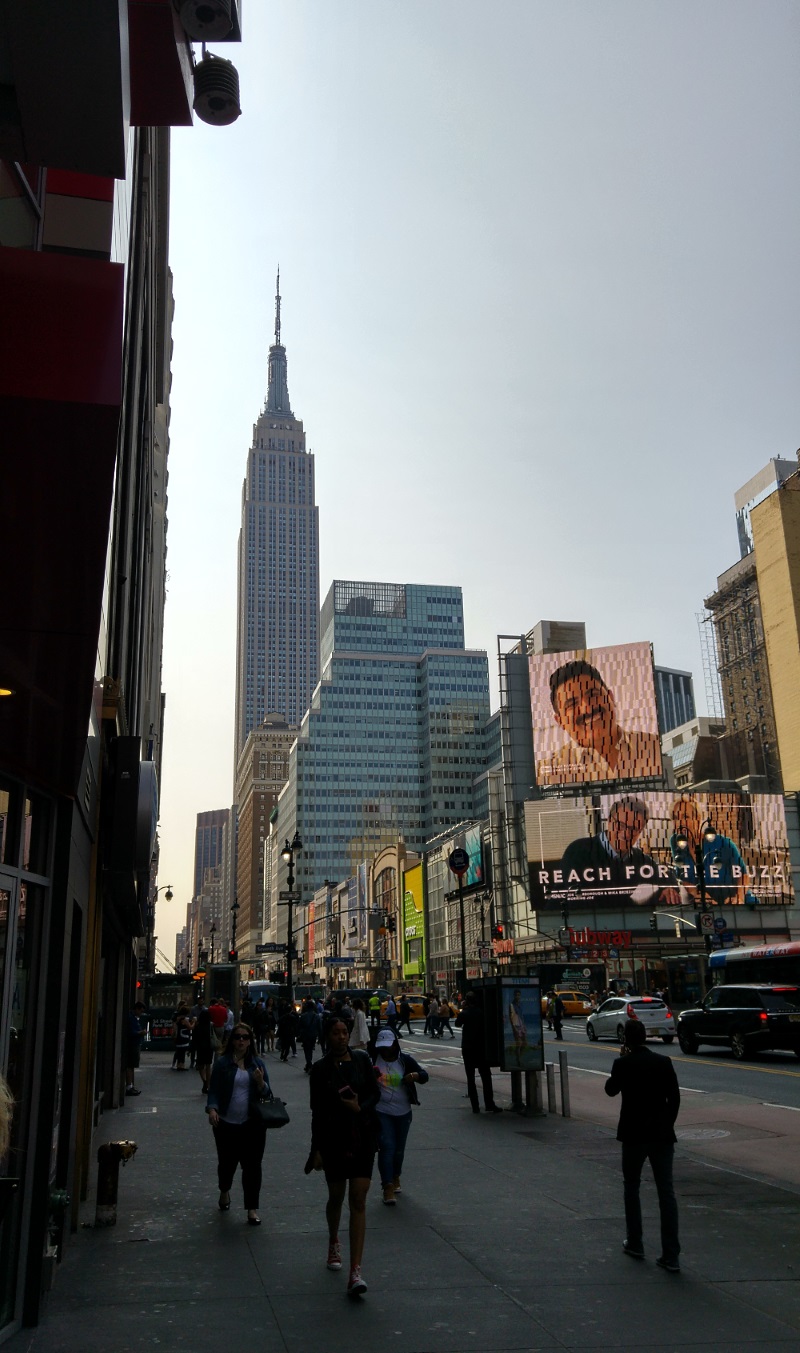 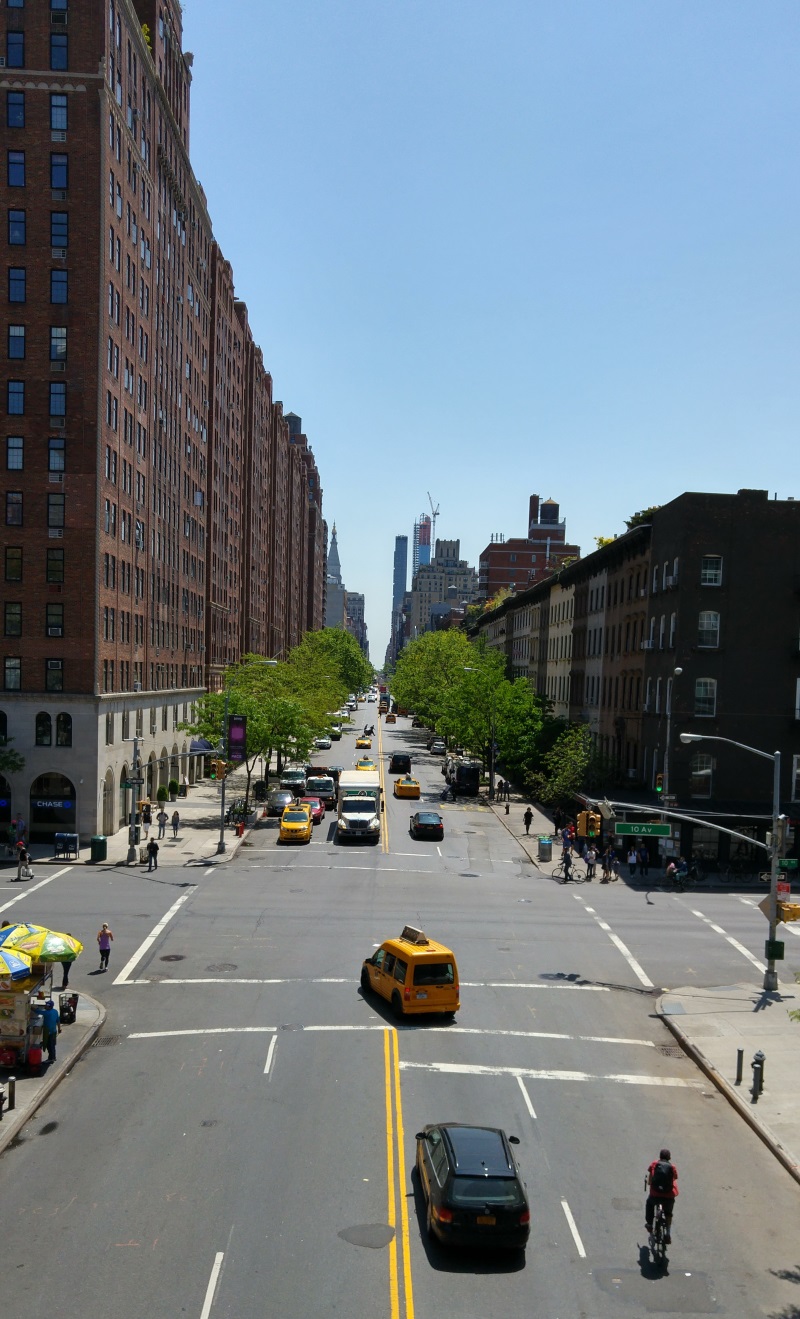 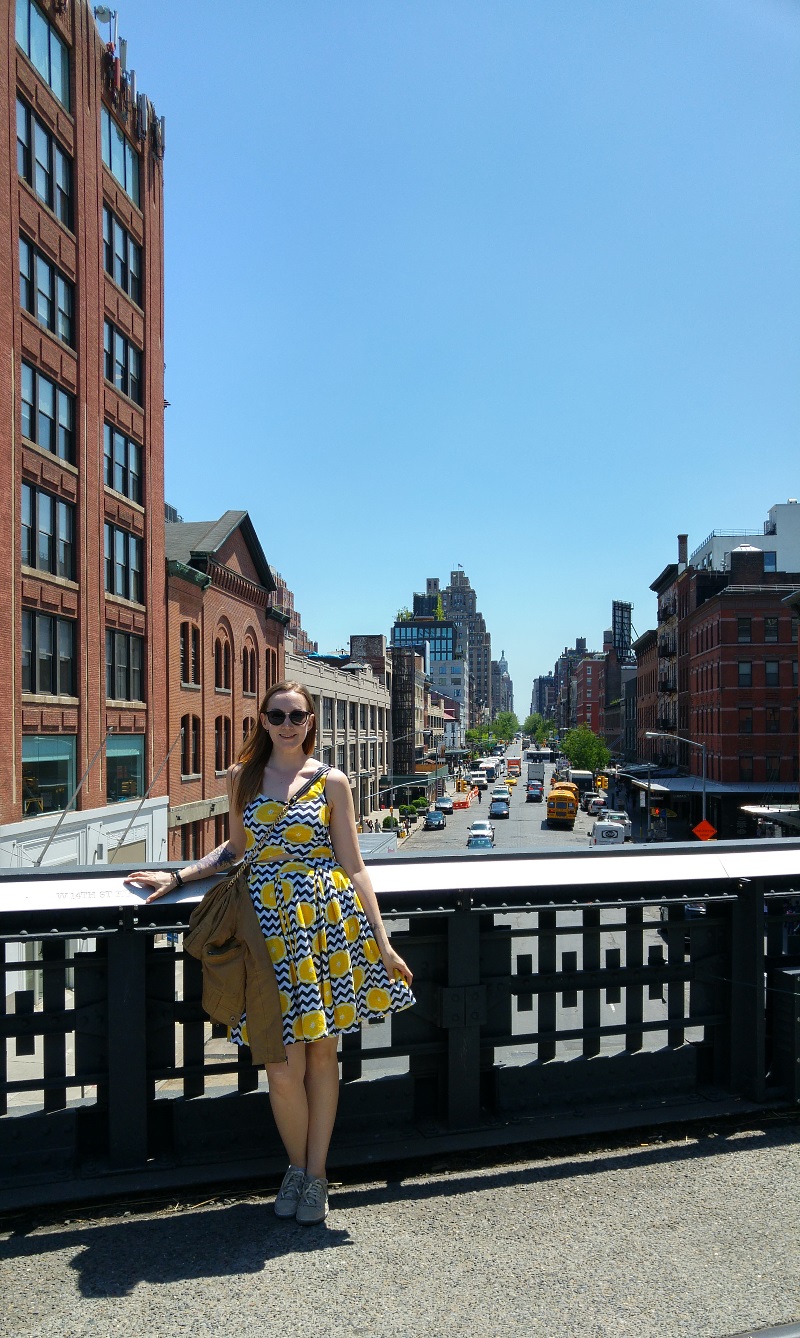 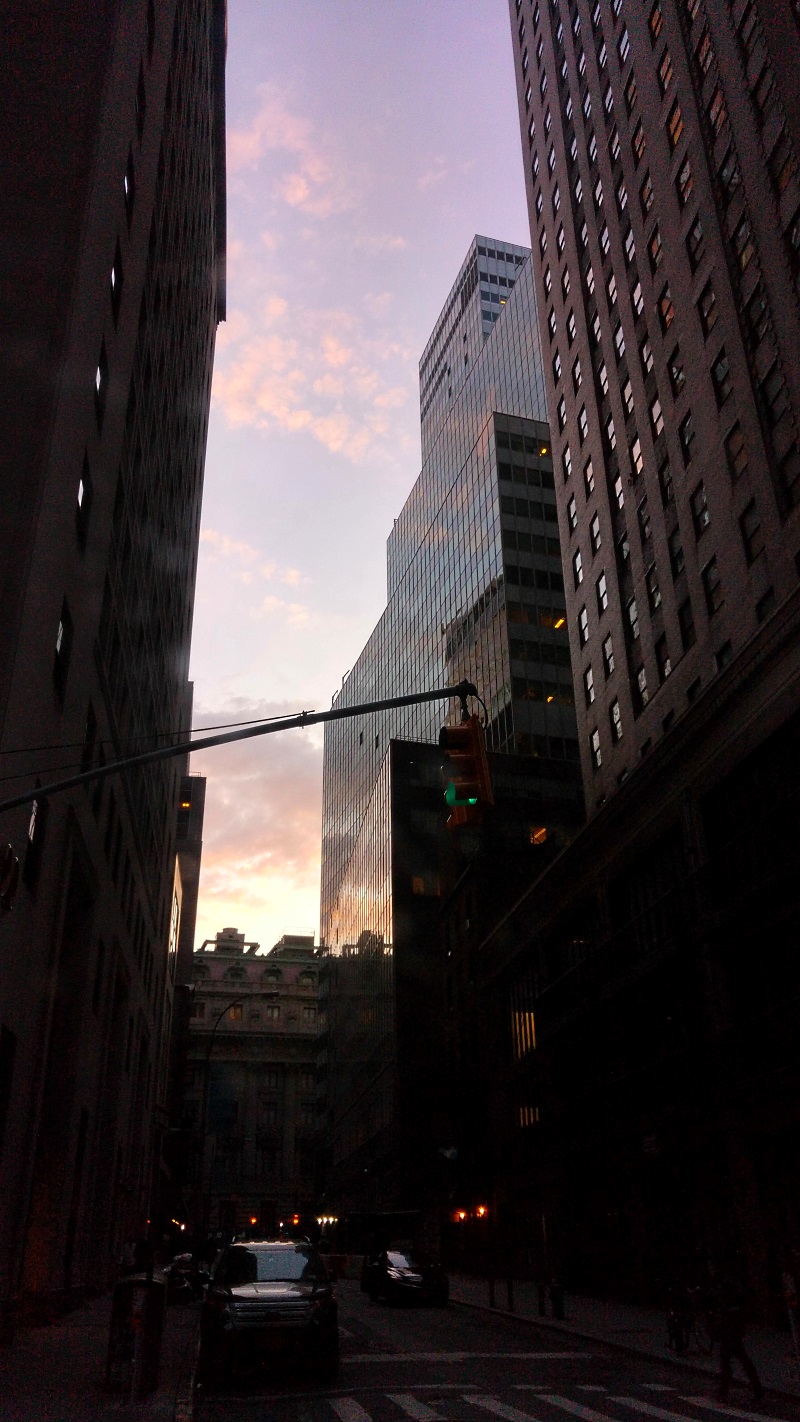 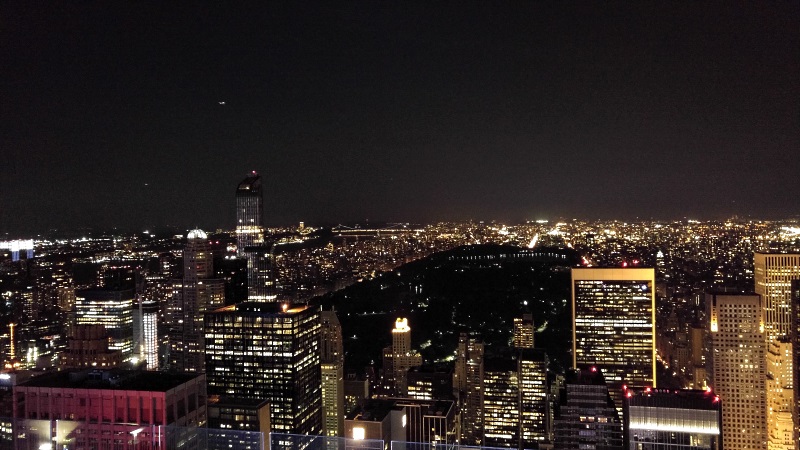 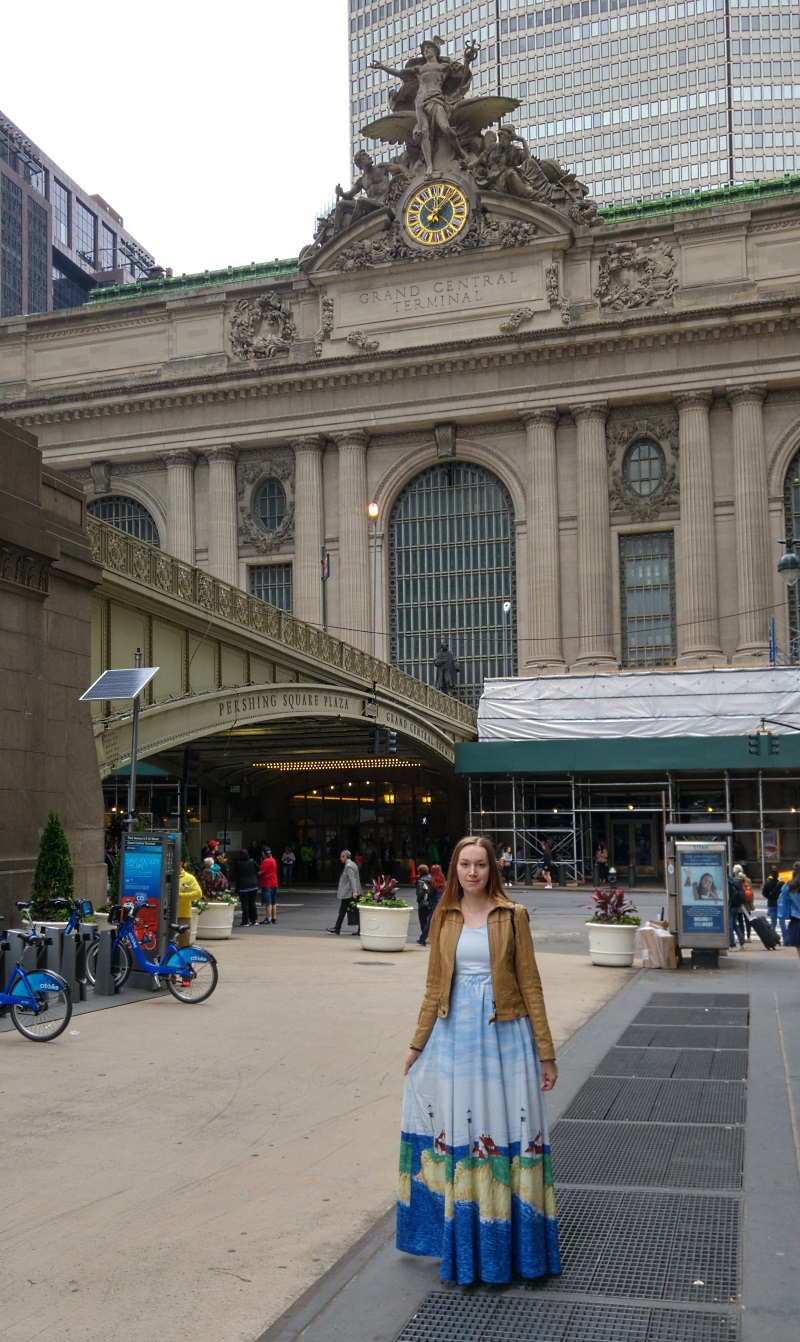 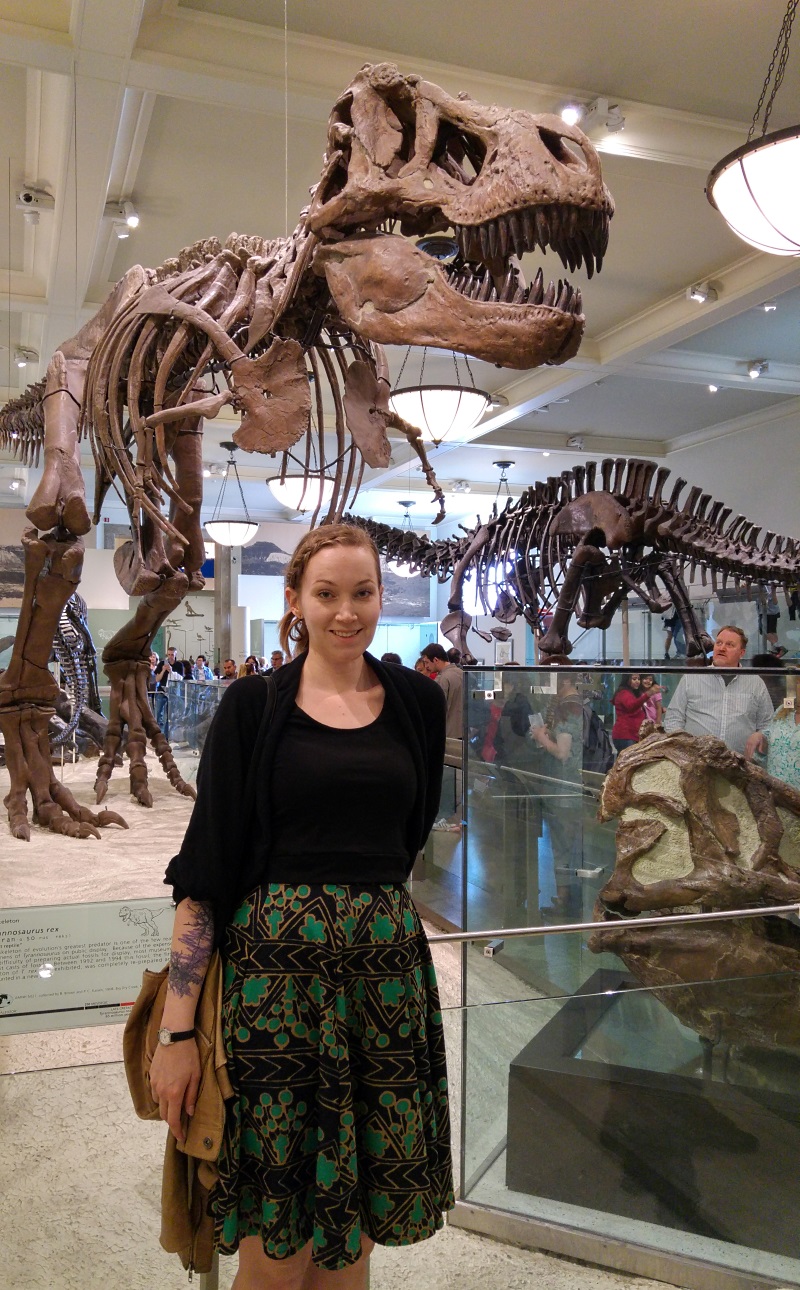 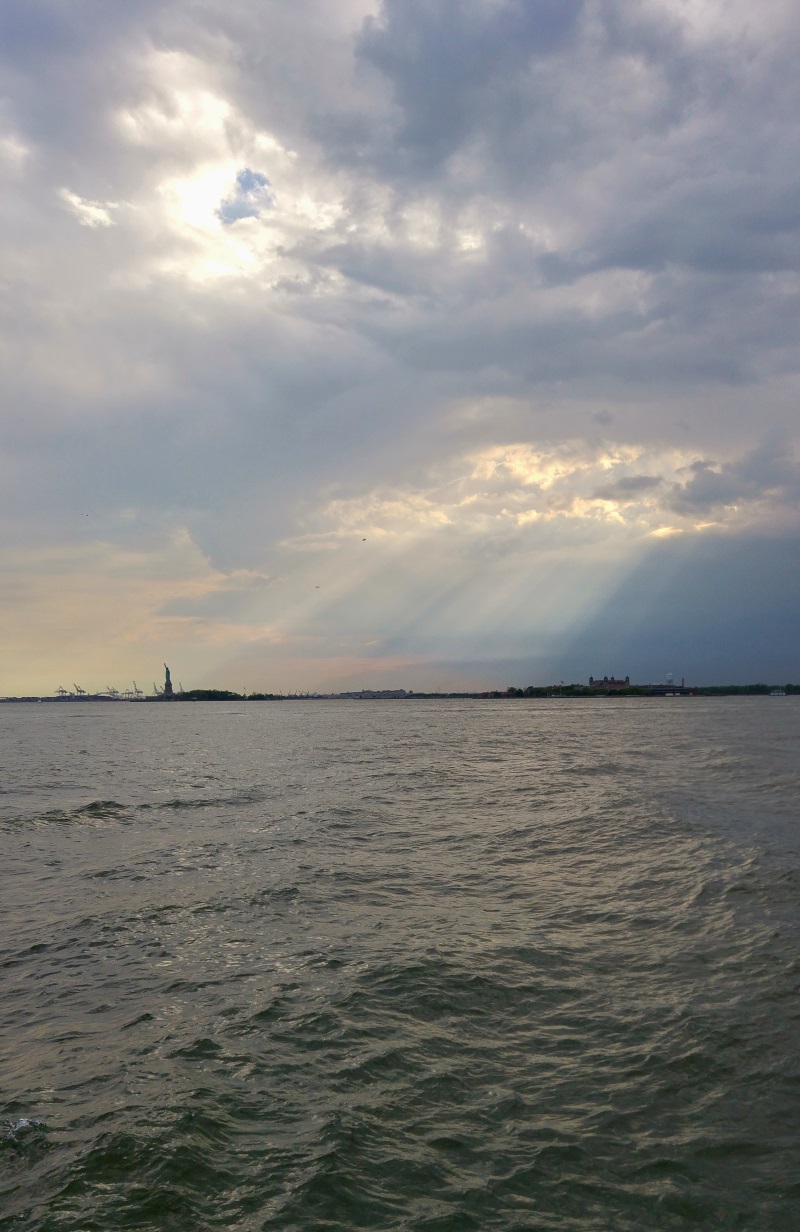 I also went to Mood Fabrics, and I felt like a kid in a candy store. 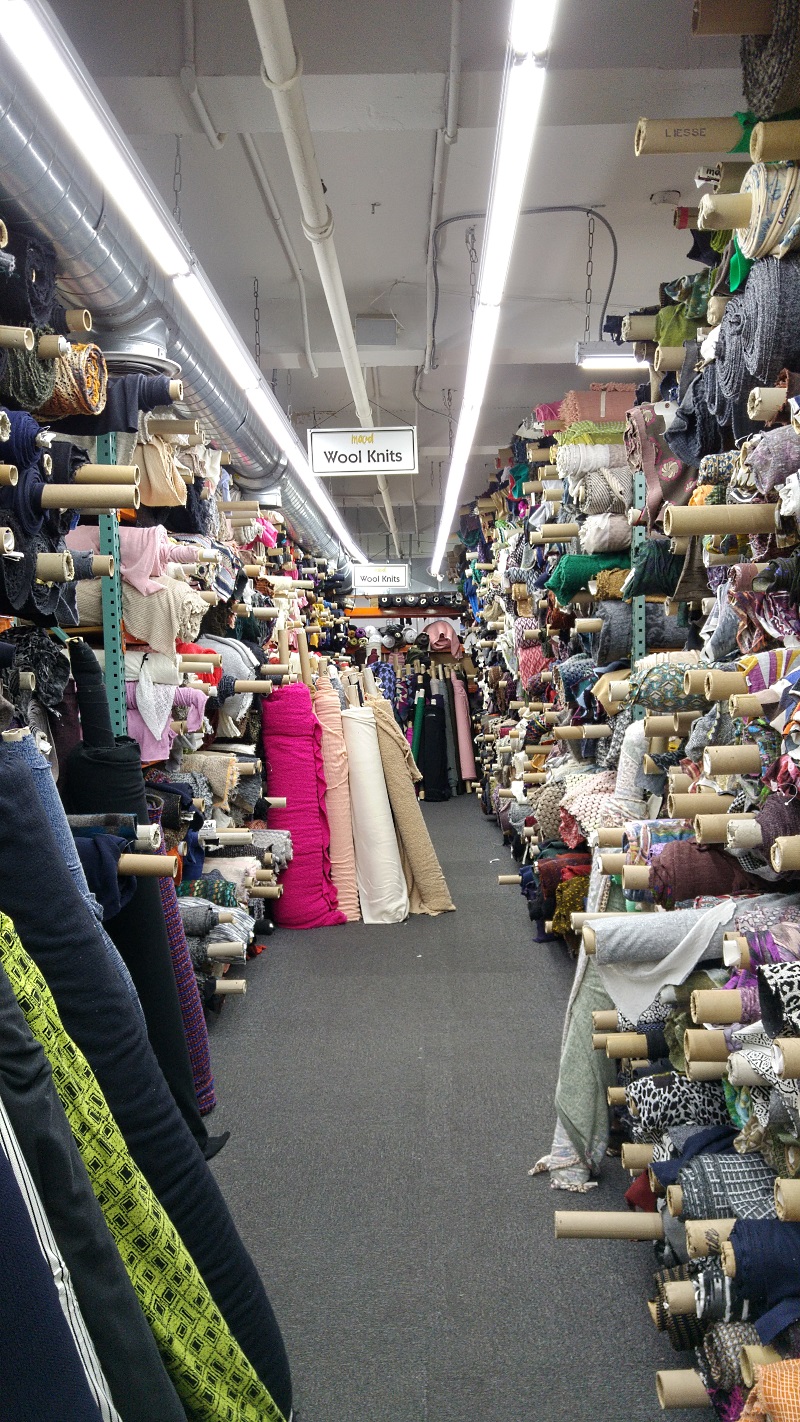 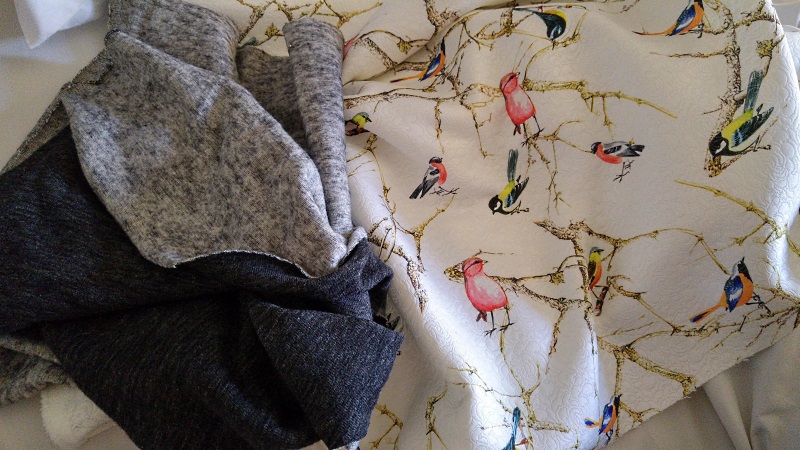 
So yeah, I'll post an update once I get some sewing done. Hopefully I'll feel well enough to sew again soon!

(PS. I'm also trying bigger photo sizes in posts and playing around with the blog width. Let me know if you like this better than the old, or should I go back to smaller thumbnails that you can click to view in a bigger size...)

Labels: me myself and i, photography
Newer Posts Older Posts Home
Subscribe to: Posts (Atom)