Last weekend a friend hosted his 30th birthday party at Leppäniemen Hirsihuvilat, which is a group of small cottages on the shore of a lake a couple of hours' drive from Turku (so practically in the middle of nowhere). They'd rented two small cottages for sleeping purposes, and Härkälinna, which on the website is described as a "medieval-style wooden castle built on a tree-covered hill", for partying purposes. 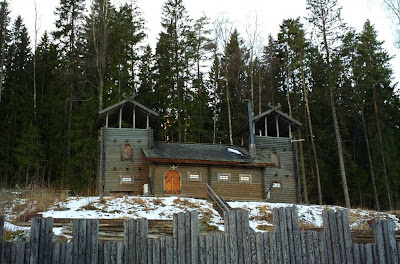 Härkälinna. I'd say the description on the website is pretty accurate.


So, if you have a weekend-long party at a place like that, naturally there has to be a theme. Or two. In this case, Friday's theme was steampunk. Last summer I'd dressed up in steampunk for Ropecon, and my outfit looked like this: 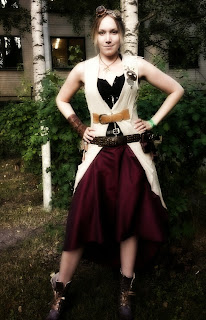 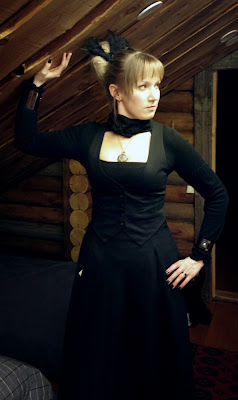 I liked this. It was easy to wear and looked nice.


The place was definitely awesome. 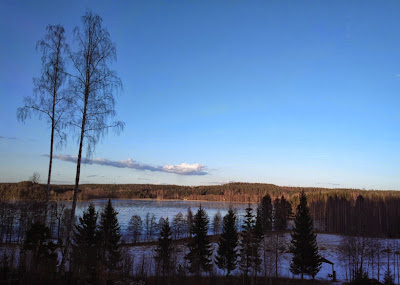 The view from the castle. 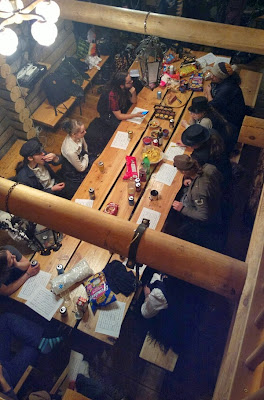 The big table inside the castle. The table was actually hanging from the ceiling by chains, neat!


Friday evening was fun, but the night was kind of a nightmare. We were sleeping in one of the two smaller cottages, because at the castle the party went on til morning, but well... we weren't the only ones around. In the cottage right next to us there were four guys, who decided that they wanted to listen to music. So they blasted their car stereo at full volume with the car doors open, while they themselves were inside the cottage. And the music was pretty much nothing but booming bass beats. I had a water bottle next to my bed. The water in it kept rippling in beat with the music... I guess that says something about the loudness?

They didn't stop listening to music until after 3AM... and then they started again around 7:50AM.

Well, then around noon the owner of the cottages came to pay a visit. Told the guys in the next cottage that there had been complaints about noise... from the other side of the lake. And the lake wasn't any old duck pond either, I have to say :D

So, finally the music stopped that afternoon. I managed to fall asleep for a brief moment, and hence when Saturday night rolled around I was more or less awake again.


Saturday's theme was vikings/warriors/ninjas/whatever, so I dressed up in leather and fur. 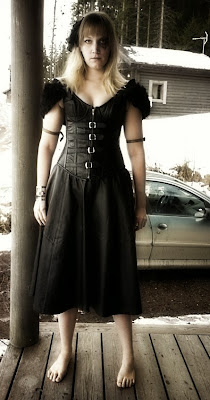 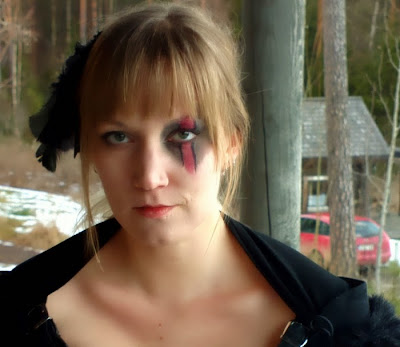 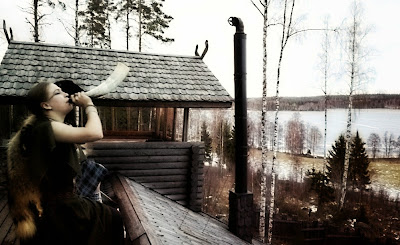 Epic horn-blowing from the roof of the castle.


Sunday's theme was "hangover", but for me it was more like "clean up this awful mess". For some reason I was full of energy and ended up cleaning most of our small cottage while the rest of the folks slept. Then my husband and I packed ourselves and all our stuff into our small Fiat Panda and drove back home. Also, I should have taken a picture of the car afterwards... the road to the cottages consisted almost entirely of mud and water, so when we returned the car was up to the windows in mud, poor thing. :D

But yeah, the weekend was definitely fun. I like to dress up and plan costumes and so on, so this was the perfect party for that purpose. :)

Posted by scoundrel at 2:53 PM No comments: