Rasterbating - it's less dirty than it sounds, I promise.

So, after that Cards Against Humanity DIY I kind of promised I'd never touch a pair of scissors again.

I found this amazing site called The Rasterbator, which blows up your photos and makes dotted posters of them. You know, those raster images which look just like bunches of dots from up close... but when you step back, the image becomes clear and sharp.

Like this picture of Paul, courtesy of Google images search "raster picture".


I've wanted to add some decorative elements into our apartment for a while now, but now I finally found a cheap and awesome way to do it. I hunted down some photos and rasterized them at the site, then printed them out. Basically you only have to pay for the paper and ink you use for printing, otherwise it's completely free. You can save your rasterized poster as a .pdf and then print it. 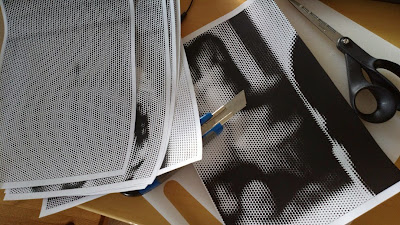 There's not a whole lot of scissorwork involved - just cutting off the white edges of the printouts. 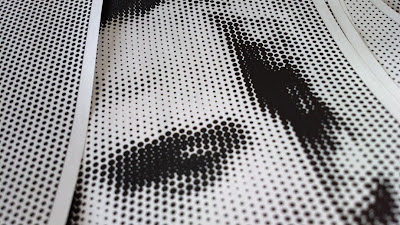 The closeups are really just dots.


Once the cutting is done, it's time to hang the poster up on the wall. You can just attach them side to side if you wish, but I left a bit of space in between the individual sheets of paper... It's probably the easiest to get them straight if you start with the middle piece of either the top or bottom row. My poster was 5x3 sheets, and I started at the middle bottom piece. 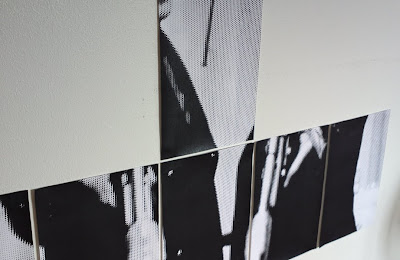 Getting there... Recognize the image? 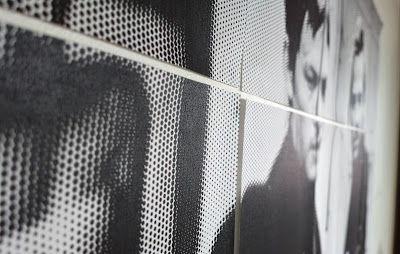 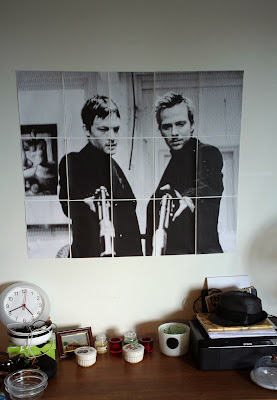 Aaaand the final results. The movie is, of course, Boondock Saints.


So, that kind of a DIY this time. Nice, eh? Much less cutting paper involved than with the previous DIY, so I'm probably gonna make more of these, at least one more for our bedroom wall. It's an easy and inexpensive way to spruce up the apartment. I'll probably have to buy some better tape though, because the one I used is really sucky and the corners of the papers keep peeling off the wall... Perhaps some double-sided tape that's actually meant for posters. So, what do you think of my new wall decoration?:)