My studies caught up with me again. Suddenly there's an exam coming up next week and all other kinds of stuff happening. But I've managed to squeeze in a few quick sewing projects.

I bought this striped knit jersey from the Goodwill store for 2 euros and used about a half of it to make a loose-fitting tunic shirt. The tunic looked a bit dull on its own, so I simply made a Deathly Hallows symbol stencil and painted it on the tunic. 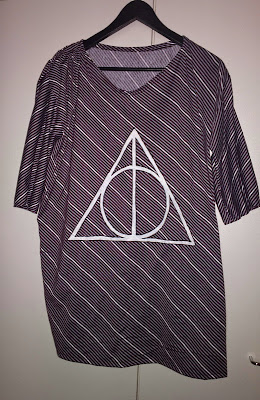 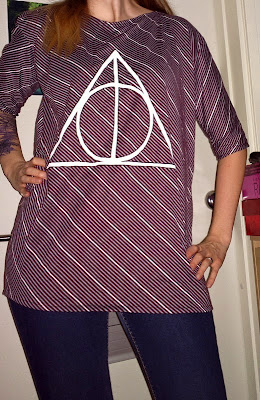 If you want a tutorial for the tunic, ask for it in the comments and I'll make one. :) Otherwise, it's just going to be these two result pics.


Another piece of fabric I also bought from the Goodwill for 2 euros was this green-brownish-black sort of houndstooth/checkered one: 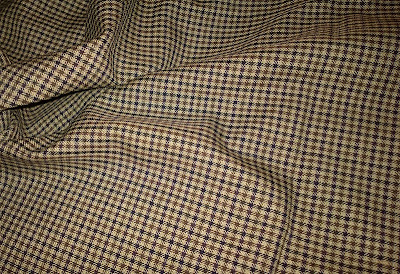 Somehow, it reminded me of Sherlock. Maybe it's the color, or the pattern, I don't know, but something about it seemed to scream Sherlock.

...It might be the hat. You know, since it's almost the same color and design. :D 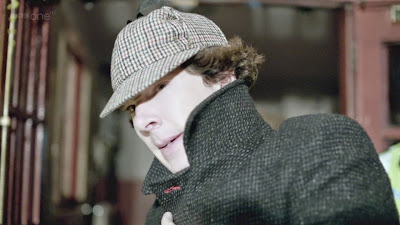 So anyways, Sherlock. I got a request to do Sherlock in my last post and I'd wanted to do something Sherlock-y with that fabric a while anyway. But I also wanted it to be something that I would actually wear. Because I am mostly a dress/skirt person, I decided to make in into a skirt, because I feel like all I've been making lately is dresses. Not that there's anything wrong with making ALL THE DRESSES, but still. One should change it up a bit every now and then to keep things interesting.

I wanted a print on the skirt, so then it'd have to be half-circle for the design to show, but also so it'd be a-line enough so I'll wear it. I love a-line skirts and dresses. Bodycon/pencil is not my thing, because it makes me look like I have curves in all the wrong places.

So, I cut out a half-circle piece and slit the sides down a bit to add side pockets. Once the pockets were done, it was time for the paint job.

As for the design, I decided on a silhouette, because those are easy to make. But I wanted to add a teeny little twist, so it wasn't just a Benedict Cumberbatch silhouette... and this is what I came up with: 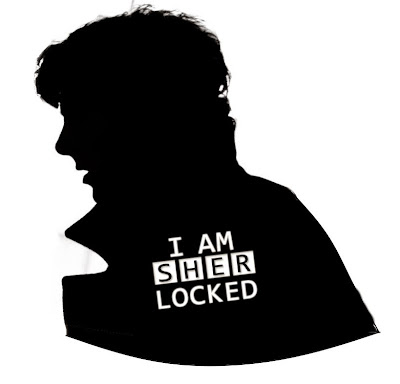 I simply took a photo I found with Google, flipped it over, removed everything aside from the outline and added the text from another image also found on Google images. Then I traced the image on self-adhesive book cover and cut everything out, attached it on the skirt and painted over in black and when the black had dried, drew the text in white. 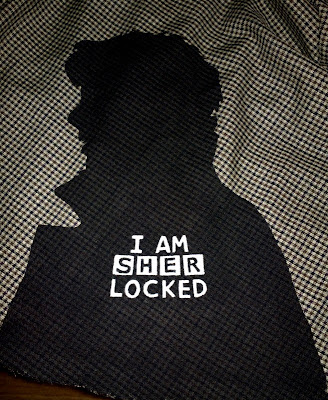 Then I finished the skirt with a waistband, a zipper and a hem. 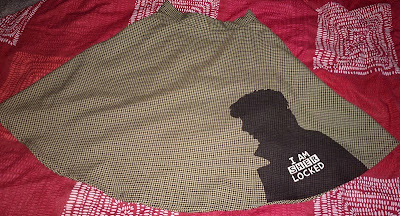 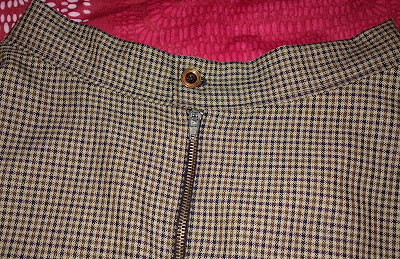 (I swore off of buttonholes last fall but since it was only one I decided to go for it...)


I wore the end result as we went out tonight: 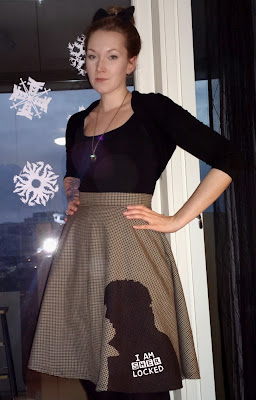 So, that's my take on a piece of clothing inspired by BBC's Sherlock. What do you think? :)