Hey everyone,
I've been super busy lately with university assignments and such, so I haven't had time to do a lot of sewing. Anyway, I decided to take a break and make something nice.

I'd seen this picture of a clutch/purse made out of an old hardcover book, and I decided to see if I could make one myself. I found two tutorials for making a book clutch, and so I kind of combined them to make my own. Click here for tutorial #1 and here for tutorial #2.

The first tutorial had a zipper, which I liked, but the clutch opened all the way (like a book!), which in my case would be a recipe for disaster, as I'd probably pull the zipper open with force and scatter the insides of my clutch all over the floor/ground about fifteen times a day. The second one had a solution for the clutch not opening all the way, but no zipper. So I kind of made both: my clutch has a zipper but doesn't open all the way like the clutch on the first tutorial.

I thrifted some old books, pulled out a pile of fabric that would work for this project and sought some matching long zippers from my thrifted zippers' box. 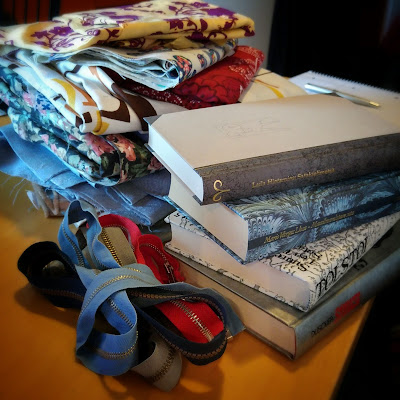 Then I simply followed the steps from the tutorials: cut out the pages, cut the inside bag pieces (from tutorial #2) and sewed fabric along the zipper (like in tutorial #1). I then glued the whole thing together.

And here's what I ended up with: 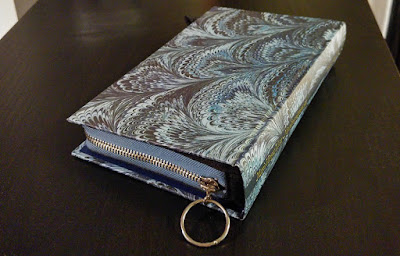 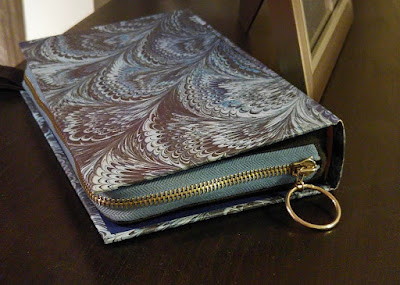 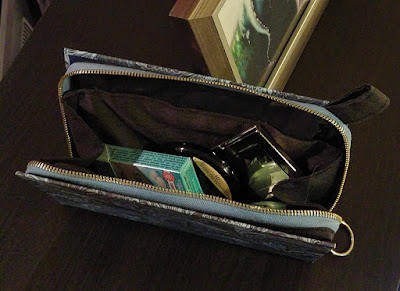 It's not perfect, but I think it looks fairly okay. The inside bag was a bit too small for the clutch, but it still works fine. Although I don't know how well the glue I used will hold - I'm thinking about buying that E6000 glue they recommend in the tutorials since right now all I have is this cheap basic craft glue (and I actually used the last of it for this project). Also, I'm thinking maybe it would be a good idea to put a layer or two of decoupage glue on the book cover, so it won't melt in case it rains or something :D But this was a first draft, and I think it turned out pretty great. :) I'm thinking about doing a couple more later when I have time, and I'm already tweaking the process in my mind, thinking what I'll do differently next time. I think that's what crafting and sewing is about - you try things and you learn from them, and the next time you can do a bit better. :) 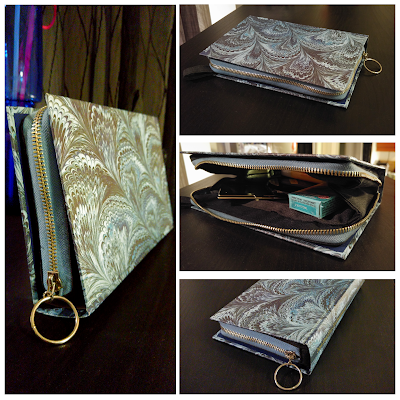