Hey all,
I know I promised geek projects, but this skirt just sort of... happened this morning. I made the skirt out of (what I think is) vintage lace.

I found this lace fabric for 2 euros at a secondhand store a few months back: 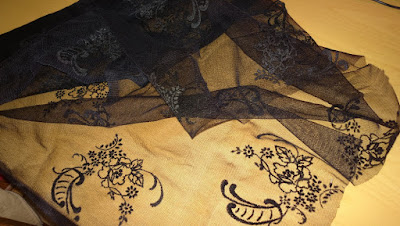 Now I can't be sure it's real vintage, but I think it is. The thing that led me to this conclusion was a magazine that was used to roll the fabric. After I unrolled the fabric and the magazine in the middle, I found myself looking at this: 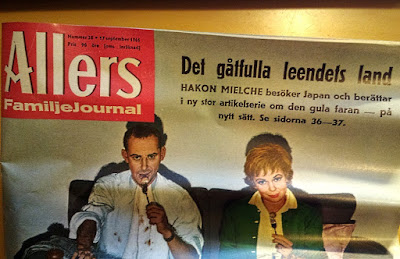 
Of course someone could have kept a pile of 1960's magazines and then used one to roll up a bunch of lace that was bought last year. But why would anyone do that? It makes no sense. Surely they would have used a current magazine or newspaper, because those are usually readily at hand. So that led me to believe that this lace has been wrapped around the magazine and then the whole thing's just been sitting around in someone's attic until they finally decided to do a clean-up and donated the lace to a secondhand store in the process. (I even came up with a whole background story for the fabric and how it ended up in the secondhand store :D)

Well, vintage or not, the lace is pretty nice. So I decided to make a tulle-like skirt with an elastic waistband.

I used this tutorial as my guide, skipping the top part:

I happened to have an underskirt I'd ripped off of another skirt earlier on, so I just used that. And instead of one layer of lace, I used four to get volume. I made the layers different lengths, too. But otherwise I just followed the tutorial.

And here's the result: 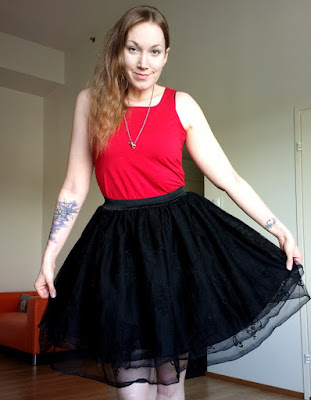 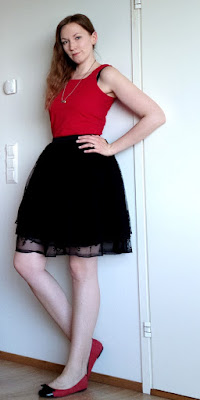 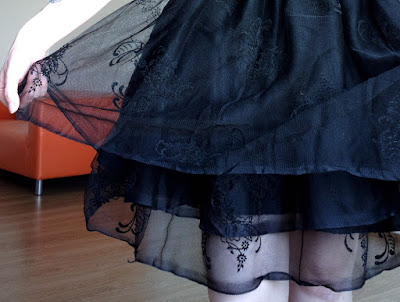 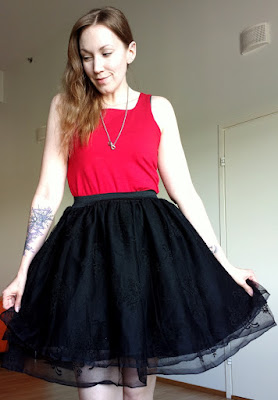 So, I really like how this turned out. I can see myself wearing this skirt a lot. It's comfortable yet looks fancy; awesome combination.