I recently stumbled across the teen drama / mystery TV show called Pretty Little Liars, and I got hooked right away. Now I'm about halfway through the second season, and I'm kind of so done with the plot at times, but I still keep watching the series. Why, you ask? 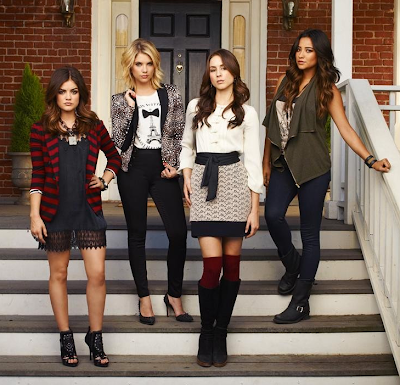 Because the four main characters have amazing wardrobes. Like, seriously. I want their clothes.
(From left: Aria, Hanna, Spencer and Emily.)

Examples of their awesomeness: 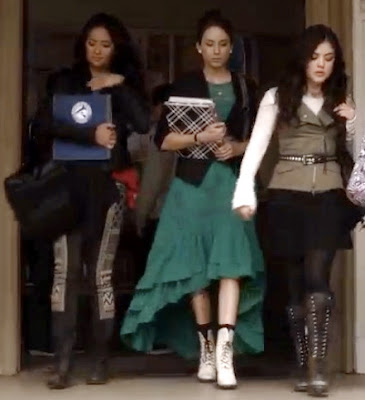 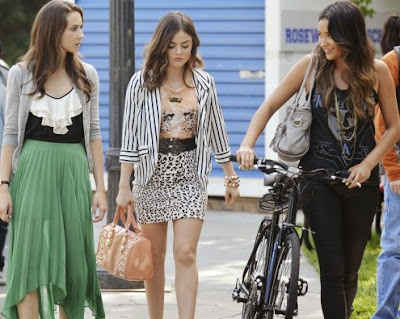 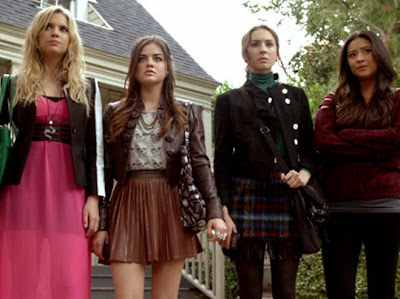 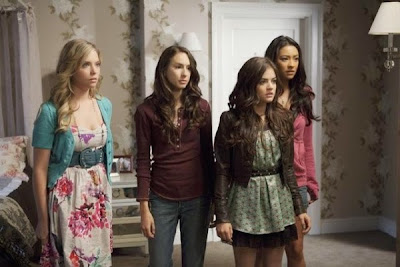 I like Aria's style. She has this a bit goth/rock thing going on, mixed with a-line skirts and dresses, leather jackets etc, but she's very versatile with her style. She can take the most preppy-style items and transform them into something really cool, like that collared shirt with the white patterned jacket, or that flower pattern dress with the black jacket. She's really short and seems to compensate that with super high platforms and wedges, and I'm not that into her shoes, just her dresses and skirts and jackets.

Aria also likes big jewelry and statement pieces, something which I'm not really a fan of. I can don a bulky necklace on occasion, but sometimes Aria's "three huge rings on the fingers of one hand, five bracelets and three necklaces" kind of thing is just too much. 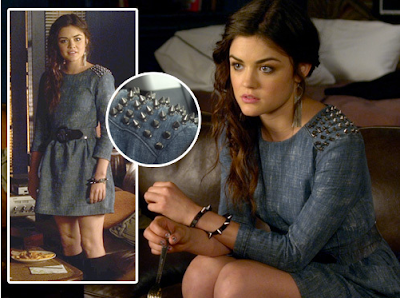 Now this here is perfect. Not too much of anything, just the right balance between rock and girly. Perfect. 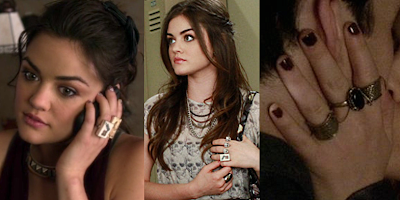 ...Whereas these jewelry combos don't exactly please me. There's just too much going on. 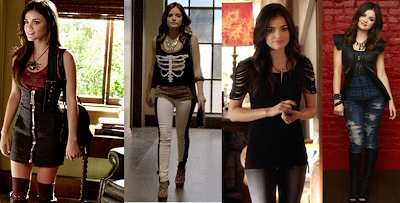 Aria looks good in jeans and bodycon dresses as well, but in my opinion she's at her prettiest in a-line skirts and dresses. 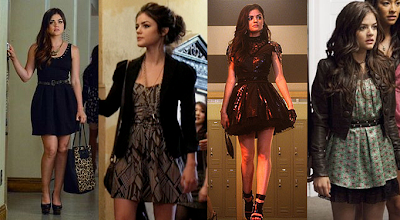 
So yeah, I like Aria's style to an extent... But then there is Spencer Hastings (Troian Bellisario).

To be honest, my first reaction to Spencer on screen was, "--but Spencer is a BOY'S NAME!"

...then, I looked at her clothes and decided her name could be Elzebethekiel for all I care, because Spencer Hastings is flawless. 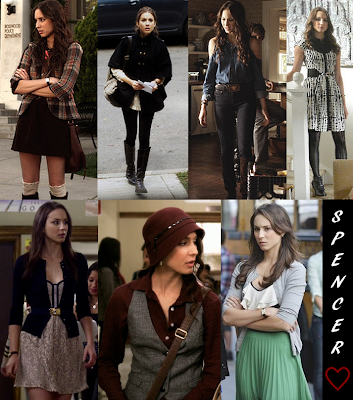 FLAWLESS, I tell you.


Spencer's style is a bit of this and that. Preppy but not overly so, relaxed and still so amazingly chic. I really, really want Spencer's wardrobe. Also, if I could steal facial expressions, Spencer has a killer resting bitch face. Seriously, just look at her in the pictures above. Such an amazing resting bitch face.

Bask in the amazingness that is Spencer Hastings: 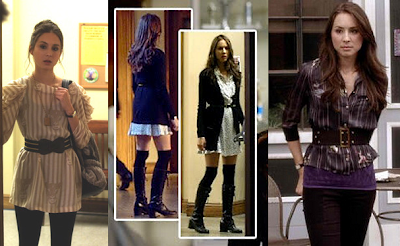 I love her use of belts. 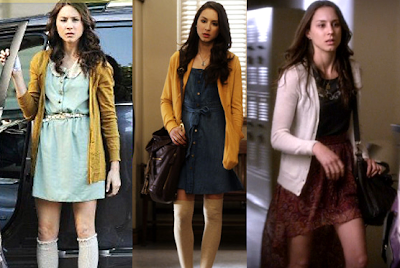 Knee-high or over the knee socks, dresses and cardigans. I approve. 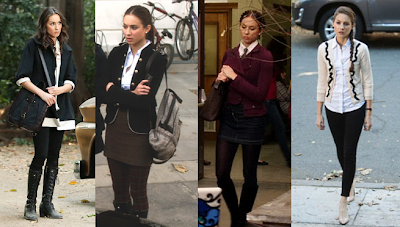 I also like her preppy / businesslike style. And she has amazing coats and jackets. 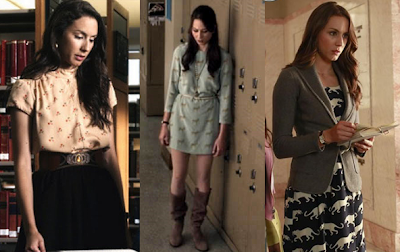 Print patterns never looked as elegant as they do on Spencer Hastings.


Spencer Hastings, you flawless human being. Can I crawl into your wardrobe and live there happily ever after?


So yeah, I've drawn inspiration from Spencer and Aria's clothes in Pretty Little Liars and I have some plans to make my own versions of some of their outfits. I'll post about those when I get to actually making them. :D

Posted by scoundrel at 5:40 PM